Iwi representative Eddie Garland decided that the remains would be buried and Rawhiti cemetary but most would be "left with her People".

This was a very densely populated area, with many gardens, pa sites and one famous fortified Pa site "Matawhero". We have found many growing examples of plants previous occupiers planted and cultivated.

We have built protective barriers around some sites but many remain protected by the amazing regenerating forest.

All our family and John Chapple spent a day, in November 2009, building a dam and digging a channel to divert the stream and ever since the stream has continued to establish a stable course.

A Whale at Te Pahii 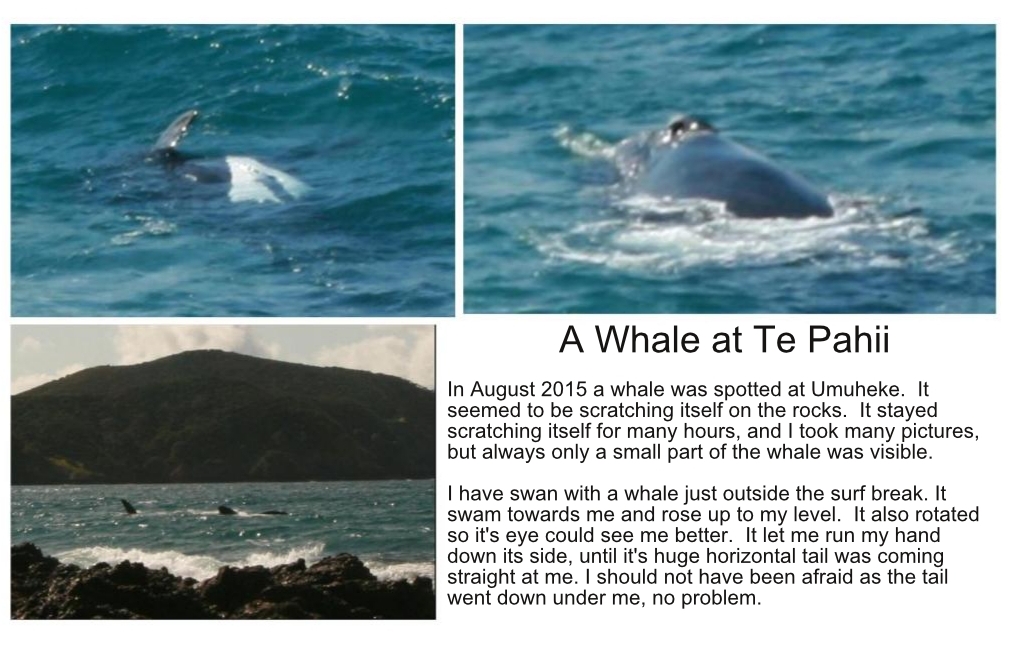